Have a look at the following growing collection of unidentified and un-dated images. This scanned postcard was take outside the Railway Inn, Guide Bridge (now The Boundary), opposite
St Stephen's church on the Ashton - Audenshaw border. It contains members of the
Amalgamated Society of Railway Servants (ASRS) working for CLC (Cheshire Lines Committee)
and GCR (Great Central Railway) in addition to a number of kids from some local Orphanage.
Since GCR existed after 1897, the date is probably summer early 1900 and contains at least one Mr Henshall. 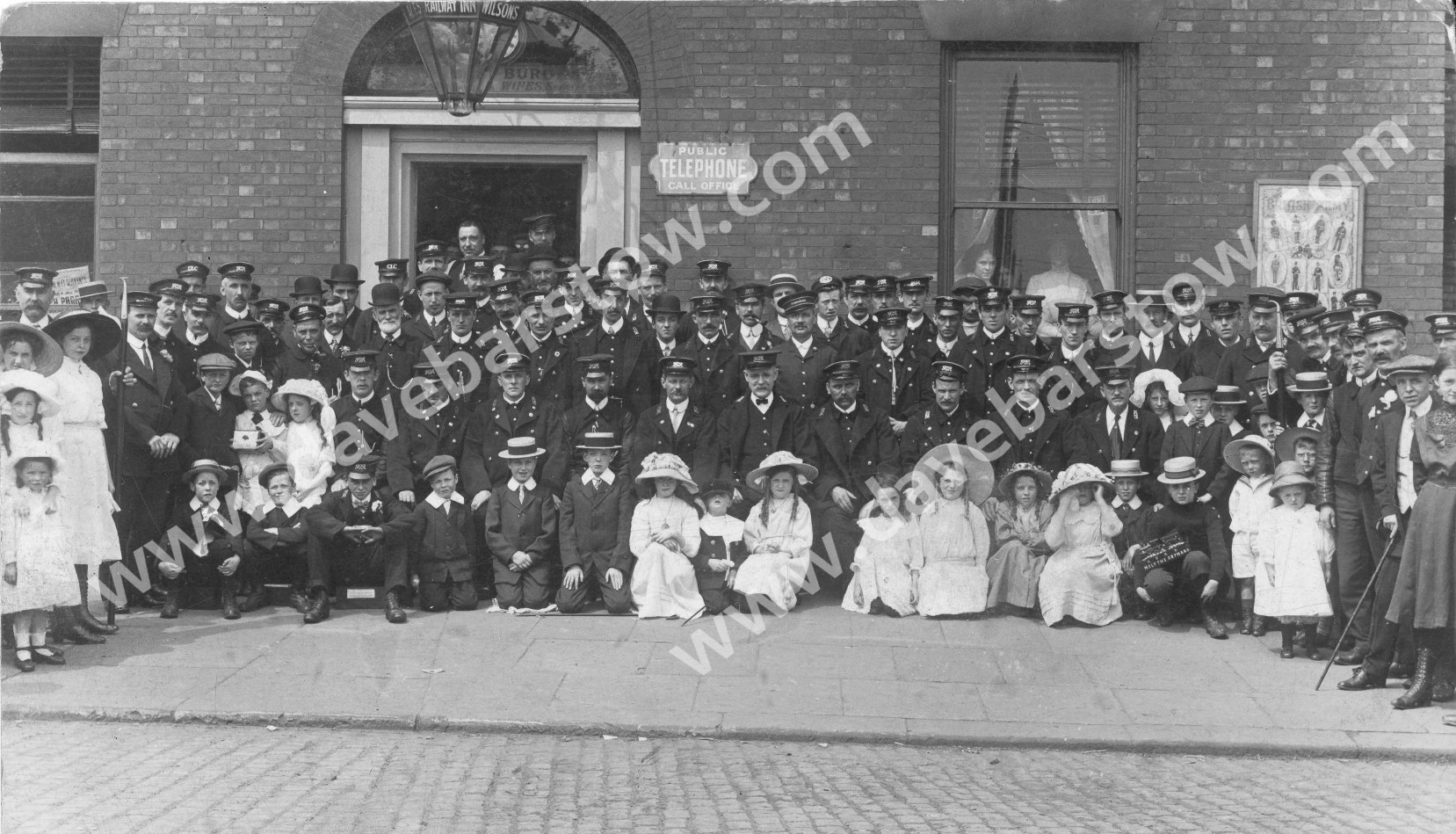 Don't know who this girl is. It was taken in Ashton, probably before the war. On the back is W Clarke Acton Mayfair Studios A-U-L
phone 1053 which I think was on Old St, Ashton. Photo was obtained from John Taylor from an album kept by Ellen Andrew (Barstow), and could be 'Miss Isles'


And finaly this photo shown below taken in Aberdeen in the late 1890's at Middleton studio shows a group of Brothers ?
called Johnston. I'd like to identify the lapel badge each one is wearing. 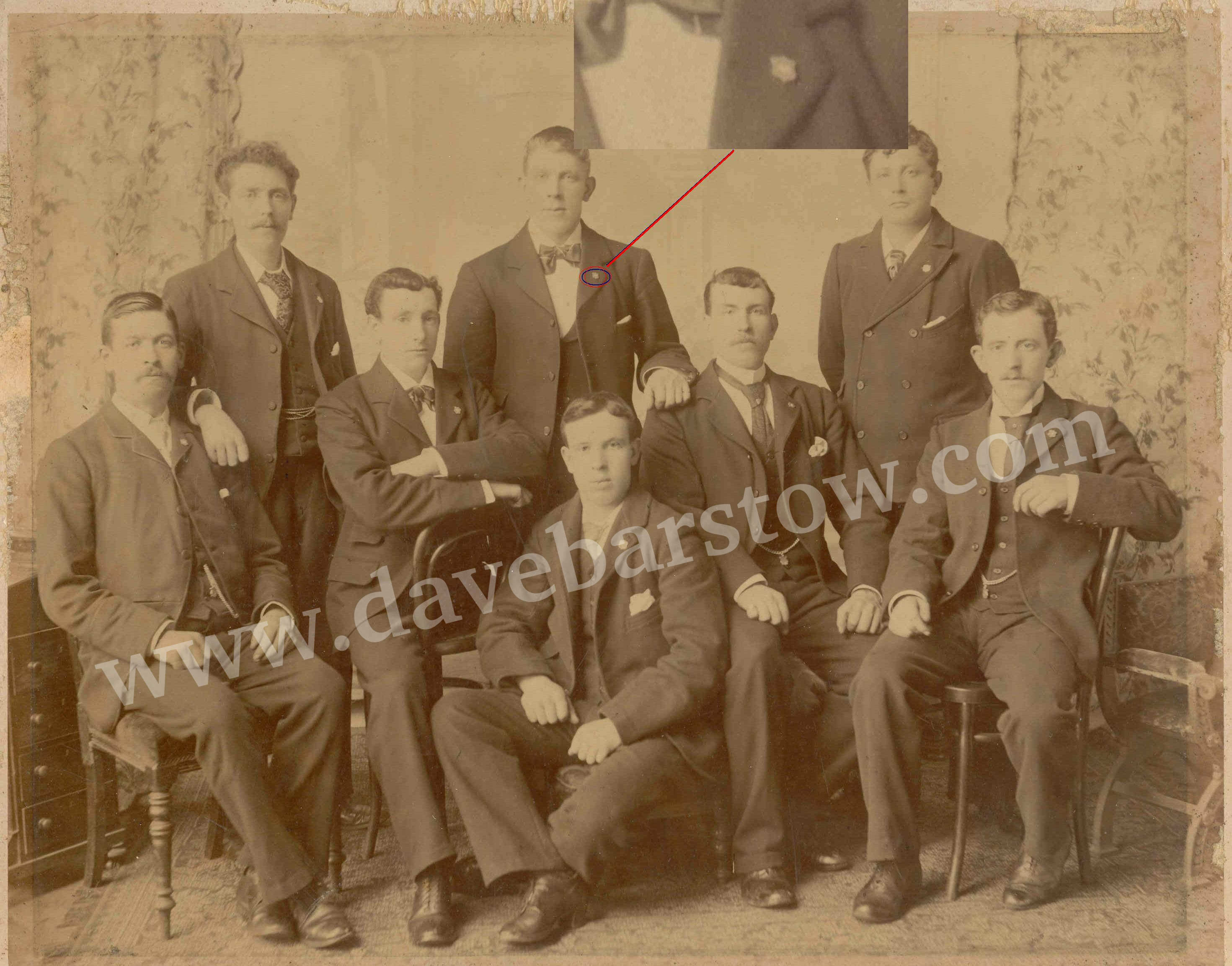 please send your answers, on a postcard to